Unlike many other sources of energy caffeine is not an essential nutrient. Nevertheless, many runners rely on their daily caffeine intake as their stimulant of choice and pre/post workout boost.

When drunk as a beverage, it is virtually all absorbed from the gastrointestinal tract or more specifically the small intestine within approximately 45 minutes of consumption. The peak values of caffeine appear in the blood stream approximately 1 hour after ingestion which is an important consideration for runners when it comes to timing. Caffeine is not stored and does not stay in the bloodstream, instead it is transported to the liver where it is broken down ready to be excreted a few hours later.

How and why is caffeine so beneficial to runners?

As caffeine is digested, the breakdown produces metabolites called paraxanthine, theobromine and theophylline.  These metabolites induce a number of physiological effects on the body.

Perhaps most commonly known is that caffeine is a stimulant which can cause temporary changes in perception, cognition, mood and alertness.  This is perfect if you are needing that psychological boost or pick me up pre or during a long run!  If you get your timings right then that boost can come at the right time, exactly when you need it.

Caffeine works primarily by binding itself to nerve receptors in our brain.  This causes our nerve cells to speed up, improving neuromuscular coordination, which allows your leg muscles to fire faster and more forcefully, improving running efficiency as well as power.  Adrenaline and endorphins are also produced during this process making you feel good and run harder.  This in turn will lower perceived sense of exertion and make what is ahead of you psychologically more achievable.

Thanks to the adrenaline, your heart beats faster, your airway opens up, blood flow to your muscles increases, the liver releases sugar to the bloodstream, and your muscles tighten up ready to push harder.  How can this be a bad thing?

Paraxanthine also causes an increase in the release of glycerol (simple carbohydrate) and fatty acids into the bloodstream to be used as a source of fuel by the muscles which is good to help with fatigue.   Theophylline increases heart rate and efficiency of the heart muscle pumping more oxygen around the body to fuel muscles more effectively.   Some studies have also found that caffeine not only can boost performance but stave off depression, reduce risk of heart disease and type 2 diabetes and lessen experience of pain during exercise.

Finally caffeine has been shown to enhance recovery after a run particularly when used in conjunction with carbohydrates.

What are the negative effects of caffeine on runners?

Not everyone will respond in the same way to caffeine due to different tolerance levels. This can depend on your size, shape, metabolism and individual caffeine routine.  If you are used to starting your day with a strong coffee then you may need to make it a bit stronger before a run to achieve desired effects. It may be that you are more sensitive to caffeine and drinking first thing on an empty stomach gives you stomach issues.  If you don’t consume caffeine in normal everyday life then maybe it is not for you when it comes to sport.  As with anything new don’t just increase intake or try for first time before a race if not tried in training.  It is recommended that drinking a coffee 45 minutes before a run alongside something like a banana is optimal, limiting caffeine to 0.5 to 1 milligram of caffeine per pound of body weight.   During a long gruelling run or race you can strategically take on additional caffeine in form of gel, chew, gum or drink as per your nutrition plan.

It is recommended that drinking a coffee 45 minutes before a run alongside something like a banana is optimal, limiting caffeine to 0.5 to 1 milligram of caffeine per pound of body weight.

Side effects can include gastrointestinal distress, increased urination and headaches.  These can be experienced with high caffeine intake and in those who are particularly sensitive to caffeine.  It is a mild drug which can be addictive and lead to poor sleep, restlessness and irritability as long with other long term health problems so consume sensibly as part of balanced diet.  A moderate intake of caffeine for an average adult is around 200-250 milligrams of caffeine a day. This is equivalent to 2 or 3 200 ml cups of coffee or 4 or 5 cups of tea per day. An excessive intake is more like eight to ten 200 ml cups of coffee per day.

It is a common misconception that drinking coffee can cause dehydration, however recent research does not support this theory for moderate caffeine intake. While caffeinated beverages do have a diuretic effect leading to water loss, there is no strong evidence that this is enough to cause even mild dehydration.  However it is always important to replenish fluids lost with water during or/and after run and a good idea to consider electrolytes.

Finally, be sure to leave enough time between your morning coffee and your run to use the bathroom.  Hot fluids stimulate the bowels (clearing out the bowels is another reason runners like that morning coffee).  You don’t want to make unwanted stops on your run!

What are you waiting for? Put the kettle on! 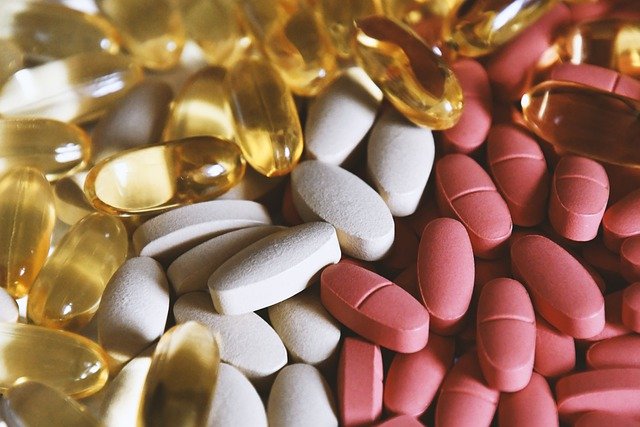